Yet Another Science Show is a podcast about science and the world around us from the points of view of a scientist and a layman. Hosted by good friends Orad Reshef (the physicist) and Jesse Corbeil (the enthusiast), the show looks at what makes the universe go, and leads its listeners down a path of discovery — usually with a bit of history and a little good-natured banter thrown in for good measure. And that’s not even mentioning the guests we have coming down the pipe.

The show is interactive by design, in that Jes and Orad encourage audience participation, whether you want to suggest a subject, stroke Orad’s ego or tell the guys that they got something completely wrong. Don’t believe us? Drop us a line at (774) 300-9277 or send us an email and we’ll prove it. 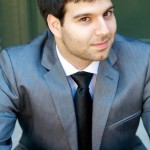 Orad is a graduate student at the Harvard School of Engineering and Applied Sciences. He is studying nonlinear optics as a member of the Mazur Group, focusing on nanophotonics, all-optical computing and quantum computing. There, he is also an executive member and co-founder of the Harvard Photonics student organization. He is an avid musician and sometime traveller. Creating YASS has been a dream of his for years, and he’s excited to finally be working on it. 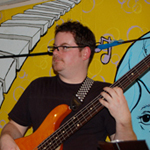 Jes is a freelance writer, editor and member of the Royal Astronomical Society’s Montreal Centre. His writing has appeared in Askmen.com, The Journal of the Royal Astronomical Society of Canada (JRASC), and the Good Old Boat Magazine newsletter. He holds a degree in Communications Studies from Concordia University and plays bass for Montreal- and Calgary-based Celtpop band Squidjigger. Through YASS, he hopes to get a clearer view of the forces that move the Universe. 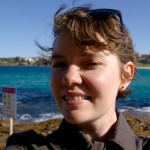 Aimee is doing a Masters at MIT and has a BS from Caltech, both in Earth Science.  She was voted “Most Likely to Invent Something” in high school, and needs to get on that.  She listens to podcasts for way too many hours each day, and is delighted to give “the boys” a hand editing YASS.

All logos and web design by Jesse Corbeil and Orad Reshef unless otherwise noted. Theme song by Late for Dinner. Pictures of “the boys” are courtesy of Julie Schell and Areiyu Zhang. Cool spacey images in the website header and album artwork are courtesy of NASA and the ESA. Thanks for reading and listening!