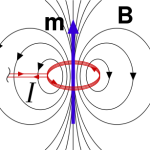 Here are the links we mentioned during the show:

4 thoughts on “Episode 3: Paul Dirac and the Magnetic Monopole”